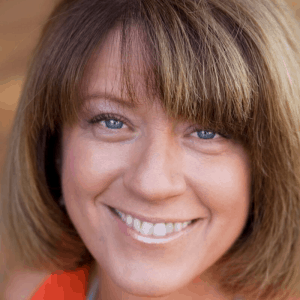 Shirley Van Paepeghem first came to the Boise Valley from Coeur d ‘Alene in 1978 where she began working on her BA in music education at BSU. After teaching for one year in the Boise District, she and her husband moved to Bend, Oregon. During this time, Mrs. Van Paepeghem’s teaching experience included Jr. High choral music, K-8 general music and private voice.

Since its 1997 inception until 2003, Mrs. Van Paepeghem developed and directed the Youth Choir of Central Oregon’s Debut Choir, which provided choral experience and vocal training to children in grades 3 through 8. Her area of teaching expertise is the young voice through adolescence. Mrs. Van Paepeghem is a Level Two certified Orff Music Instructor. In 1997, she served as consultant for a National Arts Assessment Pilot Program. She has been a guest presenter at both state and national music education conferences and performs regularly as a jazz vocalist.

After 19 years in Central Oregon, the Van Paepeghems and their children, Jake, now 31 and Mallory, now 28 returned to Idaho in the fall of 2003. She completed her Master’s degree through Lesley University in Integrating the Arts into the Curriculum. Since moving back to Idaho she has taught Music/Choir K – 12 at North Star Charter School in Eagle, Idaho. She one of 2 original remaining staff of NSCS which opened in 2003.