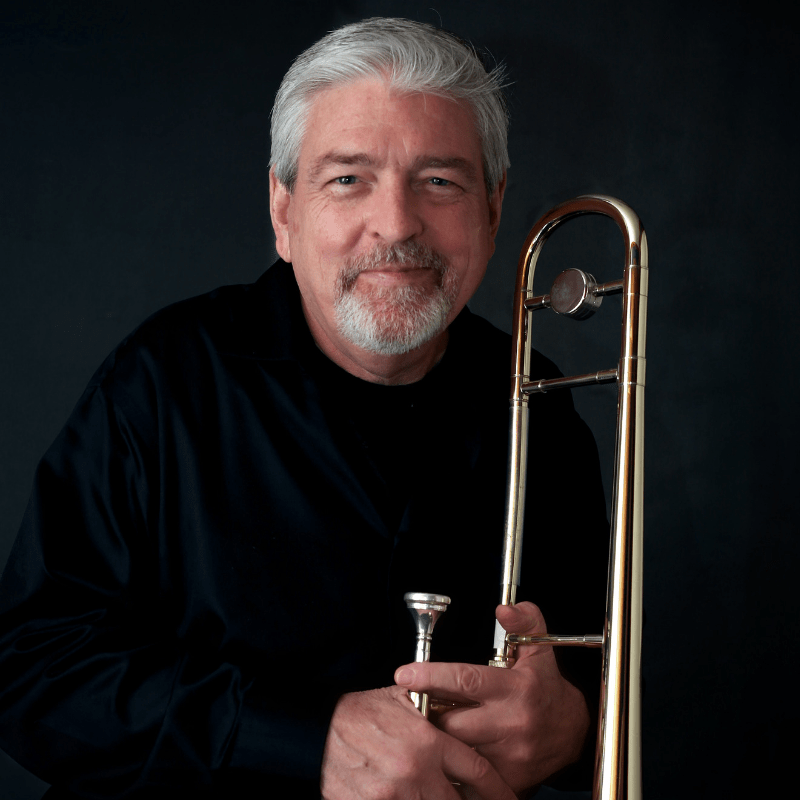 Trombonist Russ Phillips was born in Denver, but grew up and studied in the Chicago area after his Father, Russ Phillips, Sr. left Louis Armstrong’s All Stars as trombonist for 1-1/2 years. Continuing in the tradition, Russ has become a well known, busy and respected performer around Chicago and on the jazz festival circuit.

Those festival appearances include The Chicago Jazz Festival, The Elkhart Jazz Festival, the Atlanta, San Diego and West Texas Jazz Parties, the Sacramento Jazz Jubilee and the Nuits Bleue’s Internationales De Jazz in Quebec City to name a few. At these festivals and in concerts, he has performed with Howard Alden, Doc Cheatham, Kenny Davern, the Four Freshmen, Bob Haggart, Lionel Hampton, Dick Hyman, Don Goldie, Bobby Lewis, Bucky Pizzarelli, Tom Saunders, Doc Severinsen, John Sheridan, Allan and Warren Vache and many others. Russ has several recordings under his own name, with the Windy City All-Stars, with the late Tom Saunders, the John Sheridan Dream Band and others.

“…Russ Phillips, whose trombone style – now robust, now sweet, now silky, now turbulent-like a compendium of all the best elements of trombone style since jazz was born. Russ must be one of the four or five best trombonists now playing traditional jazz.” Tom Gilmore, Contributor to The Mississippi Rag

“No one in Chicago plays the trombone more melodically than Russ. He understands the roots of jazz trombone playing — they’re genetic for him. At the same time, his style and sound is contemporary and refreshing. My hat is off to someone who protects the great American standards by making them new again.” Review from CD Purchaser on CDBaby.com