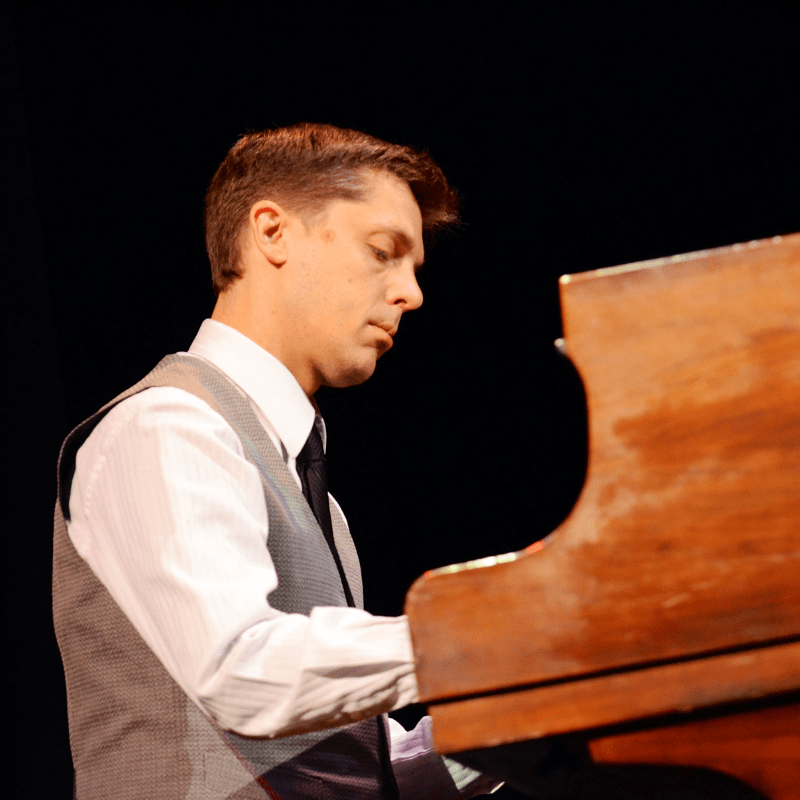 Jason Wanner took an interest in the piano at the age of 5, although lessons didn’t begin until he turned 6. From that point he began classical training and at the same time became interested in ragtime and jazz piano. His early influences as a child included Vladamir Horowitz and Vince Guaraldi. At the age of 12, after being a spectator for quite a few years at the Sacramento Jazz Jubilee, he attended the Sacramento Trad Jazz Camp for one week where he studied with Johnny Varro and “K.O.” Eckland. Immediately following the camp, he received many opportunities to perform with other musicians his age in bands, including The New Traditionalists (1990-1991), Crushed Red Pepper (1991-1992), and Timeless Tradition (1992-1997).

After graduating from high school in 1996, Jason attended the University of Southern California with a major in jazz studies. Having attended the Sacramento Jazz Camp every year since the age of 12, he graduated to become one of the camp’s teachers of piano this same year. He has also taught at jazz camps in Mammoth Lakes, CA and Helena, MT. After moving back to Sacramento he joined the Blue Street Jazz Band from Fresno, CA in March ’98 and has been performing all over the United States and Canada with them ever since. Vist Jason on the web at JasonWanner.com