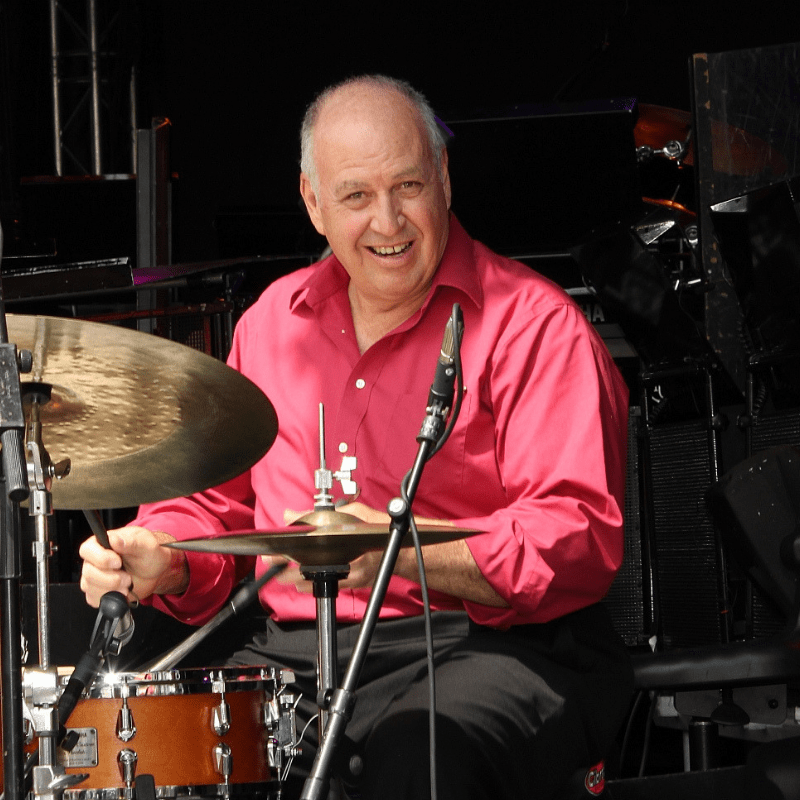 Born in Allentown, PA and raised in Ann Arbor, MI, “Little Eddie” was given his first pair of drumsticks at the age of three from the drummer in his Dad’s dixieland band. At the age of 12 he played his first professional job and hasn’t stopped since.

Over the past fifteen years, Eddie has recorded on several labels including Arbors Jazz, Fantasy, Apple Jazz and many others produced by independent artists. In 1999, the Nagel-Heyer label of Hamburg, Germany, gave him the opportunity to record his first c.d. as a leader. The recording titled “Tough Assignment” is a tribute to Dave Tough, one of the great drummers of the 30’s and 40’s. Eddie’s hand picked musicians included Harry Allen, Randy Sandke, John Allred, Allan Vache’, Johnny Varro and Phil Flanigan.

In 2008, Eddie and his trio, the sensational Rossano Sportiello on piano and the wonderful Nicki Parrott on bass were asked to record on Arbors Records. This was Eddie’s first (as a leader) for Arbors. “Bridging The Gap” not only has familiar songs from the great American songbook but also a few tunes from the 60’s and 70’s as they tried to bridge the gap between these two musical era’s. The great drummer and Eddie’s good friend, Danny Gottlieb, wrote the liner notes and described it as “one of the best drummer led recordings in recent history.” Harry Allan and John Allred also join the group for a few cuts.

For the past 24 years Eddie has lived in the Orlando, Florida area where he spent 14 years as a full time staff musician at Walt Disney World. He continues to work at Disney as a seasonal performer and clinician and is also on the teaching staff at several jazz camps around the country including Sacramento and Mammoth Lakes, CA. Eddie keeps an active schedule traveling the world with a calendar full of concerts, festivals, tours, jazz cruises and recordings.