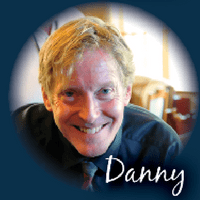 It was 1964 in upstate New York when Danny Coots began playing drums at the tender age of 6 years old. Since then, he has studied with Nick Baffaro, Rich Holly, Alan Koffman and Jim Petercsak in percussion.

In 1996 Danny moved to Nashville, Tennessee and has lived there ever since. Danny has recorded extensively in
Nashville, New York and L.A. and has appeared in over 100 countries. He has played on over 100 recordings, one of which
won a Grammy in 2005.