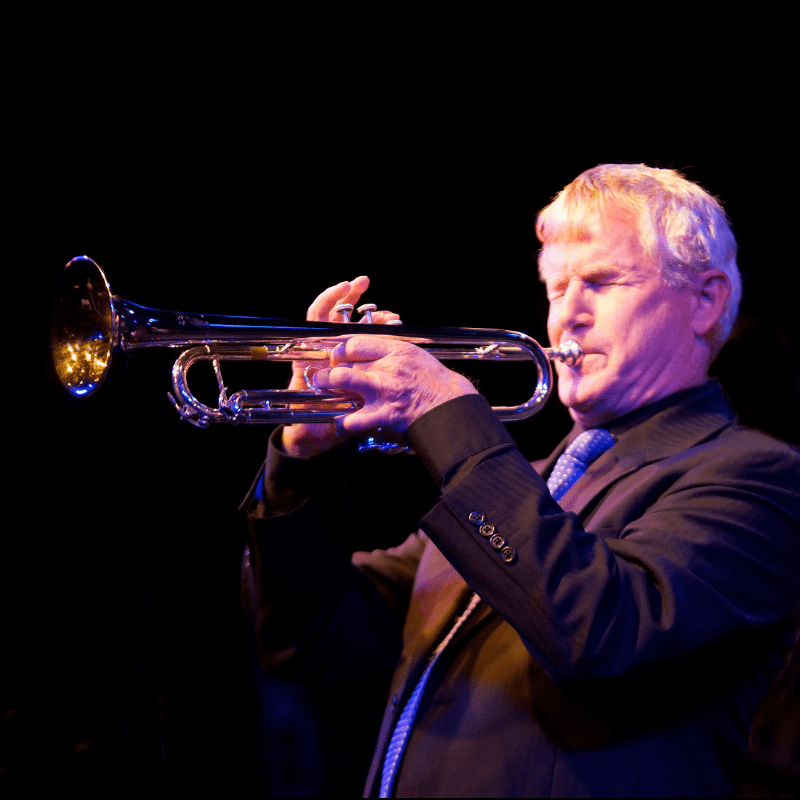 Charlie began trumpet lessons at age nine in Cortland, NY (upstate) and was active in marching band, concert band, orchestra, chorus, and conducting classes. Eager to work professionally, he started his own dance band in the ninth grade. At age 19 he joined the Clyde Beatty-Cole Bros Circus and toured for six years as first trumpeter and later as the musical director. The circus relocated him to Florida where he began to play a variety of gigs: Stage shows with nightclub performers like Al Martino, Mel Tormé, and Patti Page, Broadway shows, Dixieland show clubs, and free-lance engagements at Walt Disney World, Universal Studios and Church Street Station in Orlando, Florida. Orlando being an attractive workplace, Charlie played for four years at Circus World Theme Park as first trumpeter and assistant conductor. This prepared him for a year’s tour as musical director for the Ringling Bros & Barnum & Bailey Circus. In demand as a first-call trumpeter, he has backed up artists such as Burt Bacharach, Henry Mancini, Johnny Mathis, Liza Minnelli and Ray Charles. He has played on network TV specials for Walt Disney World, Ringling Bros Circus, and PBS music specials. His AppleJazz cable show from his 1995 AppleJazz concert was nominated for a Cable Ace Award for “Best Music Program For 1995”.

As a recording artist, Charlie has six solo albums; APPLESASS, JEWELS, ACID DIXIE, OUT OF SEASON, CHARLIE BERTINI’S APPLEJAZZ BAND – CLASSIC PERFORMANCES, and TRIOLOGY (all on AppleJazz Records – www.applejazz.com) and two Christmas albums; CHRISTMAS COOKIES and FRESH BATCH (on Arbors Records) which have become holiday jazz classics in the industry. Charlie has recorded thirteen albums with Bill Allred’s Classic Jazz Band and has produced over eight-five albums for other artists, with more in the works. Charlie is also the executive director of the annual AppleJazz Festival held in upstate NY. He has played in 45 states, Europe, and China.

As a teacher and clinician he has led workshops and lectures at universities and high schools, is an adjunct professor at Osceola County School for the Arts, and has a busy schedule teaching private trumpet students. Still based in Orlando, Charlie enjoys a variety of musical settings and challenges and continues to be one of the most versatile and respected trumpeters and producers in the industry.