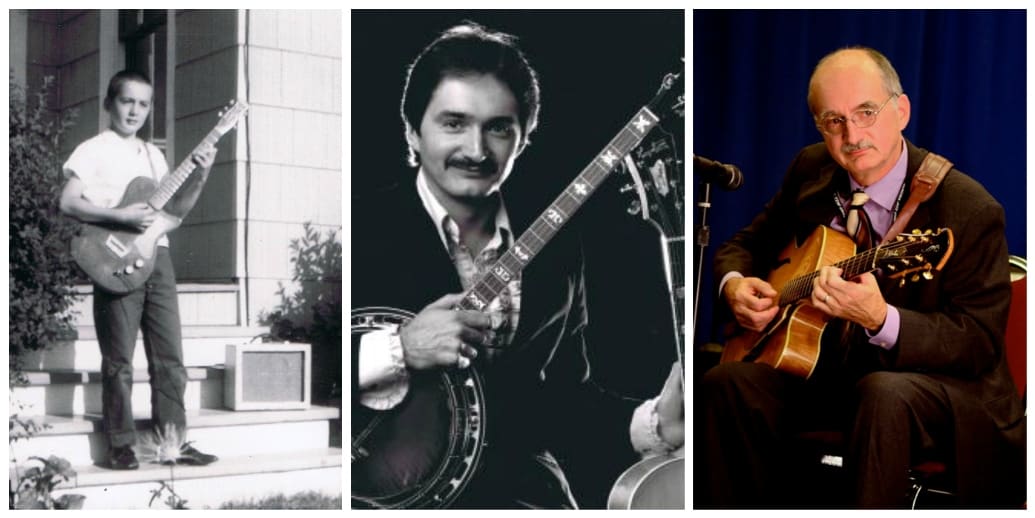 Jerry Krahn, of the Titan Hot Seven and Jerry Krahn Band is known for playing with a lot of heart. Audiences have said that when Jerry plays they can see his soul. Jerry’s journey began at a young age with an appreciation for many types of music and a passion for jazz.

In his own words, Jerry shares with us his journey:

Born 1953, in the state of Wisconsin, I enjoyed the ethnic and robust sounds of polka music. This deeply rooted style tugged at my heart more than milk and cheese from the dairy barn. At ten the road quickly led to becoming a fixture on that scene, eventually working with greats Verne Meisner and Frankie Yankovich.

As my listening skills and musical styles broadened, I found inspiration and knowledge in Milwaukee jazz legend guitarist Don Momblow, and later contemporary jazz artist Jack Grassel. Including studies at the Wisconsin Conservatory of Music and concentrated lessons in a variety of styles. These pursuits led to stints in 1970s show bands, USO tours, and country and pop bands, one of which was Capitol/ABC Nashville recording artist Duane Dee. Later I was a founding member, electric-synth guitarist and front man to the very popular Four Wheel Drive band, performing Top 40 Country and Classic Rock at every major fair, festival and club in Southeastern Wisconsin and Northern Illinois. 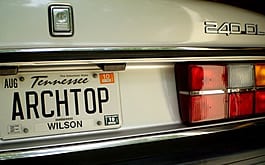 A 1990 move to Nashville landed a gig at the Opryland Theme Park where I honed the Dixieland and Trad skills on the plectrum banjo and archtop guitar. That exposure to jazz players in Music City transpired into a hookup with the Titan Hot Seven jazz band.

In 1997 I was playing a New Orleans style jazz brunch here in Nashville. The clarinet, trombone and guitar trio really needed the distinctive “chunk” of an acoustic archtop guitar. As I grabbed a 1946 Epiphone Broadway off the wall at Gruhn guitars, strummed a few chords, I knew instantly I had found a new musical soul mate and sound, in the styles of Eddie Lang, Carl Kress and Freddie Green. Those archtop guitar sounds now find its way into the contemporary styles I use as a soloist and with my group.

My wife Pam and I reside in Hermitage, Tennessee, twenty miles east of “Music Row” in downtown Nashville. My son Robert is associate band director at West Orange High School in Orlando. Daughter Whitney is pursuing her Ph.D. at NYU in French Studies. Mother LaVerne Krahn still lives in Mayville. Both Sisters Joyce and Gloria now own the homestead there.

Other interests include buying and selling vintage musical, hi-fi and stereo gear, along with an occasional antique collectible. For a number of years Jerry utilized his eye for detail and hand skills in the graphic arts trade as a printing pre-press four-color stripper and quality control specialist, while still pursuing his musical career. Jerry now enjoys that pursuit on a successful full-time basis.

The Winner of the Jarry Krahn CD is Ronald Wade!